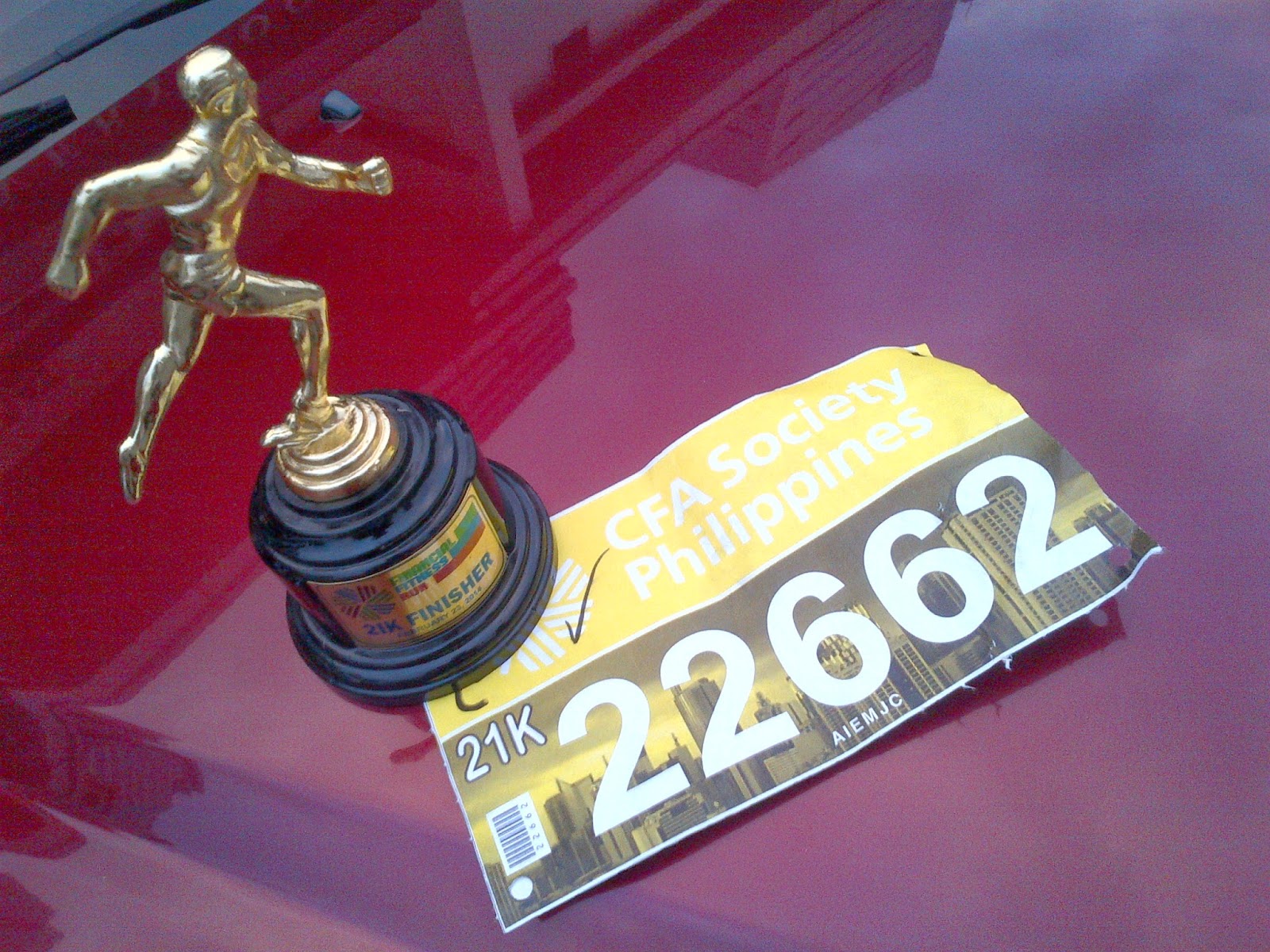 My quick review of the race:
- Race Route - The event's main selling point for me is the 21k route, incorporating the Ayala Triangle. The issue for me though is the handling of runner traffic, especially at the Paseo-Buendia intersection, where runner collision was at risk due to confusing runner flows.
- Race Distance - I got some feedback that the actual distance for 21k is 500m short. Unfortunately I still did not have any working GPS watch yet so I was not able to confirm.
- Hydration - It was good. Even at the race village there even was a water station so this is a plus for me.
- 21k finisher's trophy - this is a first for me, getting a trophy for finishing a half marathon. I do find it too much though, for the distance. The trophy design is great but I still have mixed feelings on a finisher's trophy if it's not an ultramarathon event. I still prefer the finisher medal for 21k.
- Event hosts - Great hosting from Sam YG and of course, the ever-pretty Mish Maravilla!

I was not sure whether to be on race-mode but with the cool weather conditions, I gave it a go. The 21k category is not that crowded as well so it's perfect for runners trying to break their PRs.

After the race, I walked around the race village to look for familiar faces and get some snaps.

A couple of days later, official results were out via http://www.myrunti.me/ 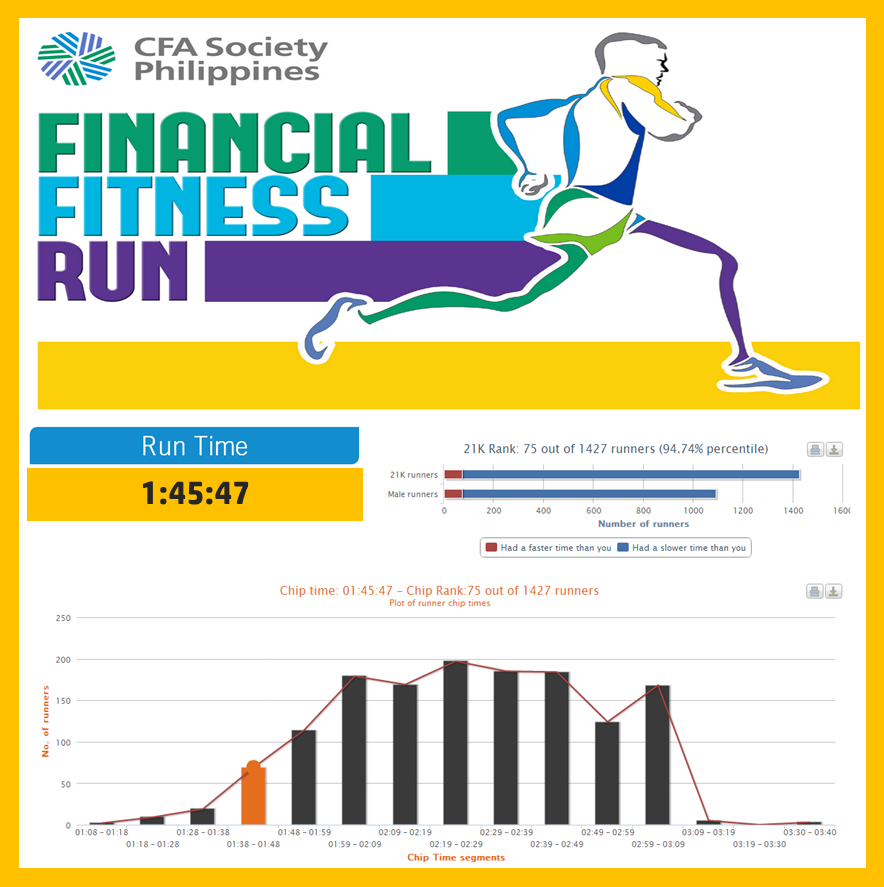 Congratulations to CFA Society Philippines and Greentennial for the first ever staging of Financial Fitness Run. Hopefully next year's edition will be bigger and better!
Posted by deemenrunner at 4:09 AM