This February, Adidas Philippines will finally reveal its revolutionary running shoe technology that will make you run easier, faster, and stronger.

Watch out for Adidas' announcement on how to order this limited-edition shoes that will change the way your run forever.


For now here's a teaser video:

Posted by deemenrunner at 6:24 PM No comments: 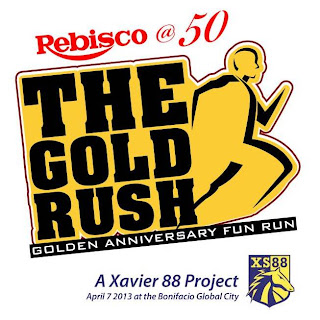 Rebisco celebrates its 50th anniversary this year. The Fun Run is just one of the many activities the company is embarking on, as a way of giving back to the community.

By sponsoring this run spearheaded by Batch 88 of Xavier School, who is also celebrating its Silver Jubilee this year, Rebisco becomes instrumental in funding the scholarship programs and other charity works of Xavier School. One of these is the Xavier Educational Trust Fund, which has given many less fortunate but talented children the opportunity to have first-class education.

Rebisco's president, Jonathan Ng, is part of the batch 88 of Xavier School.

X-SPORTS BAND (For 5km and 10km Runners ONLY):
- 18 characters per line
- 6 lines per plate
- emoticons are allowed 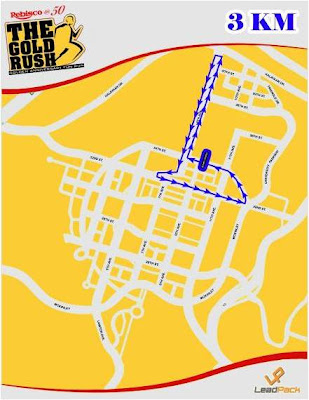 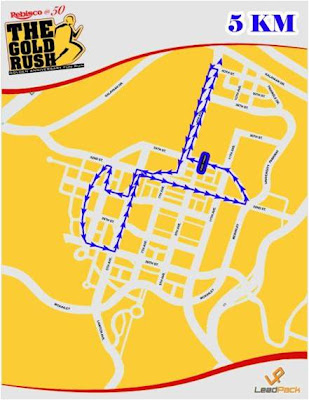 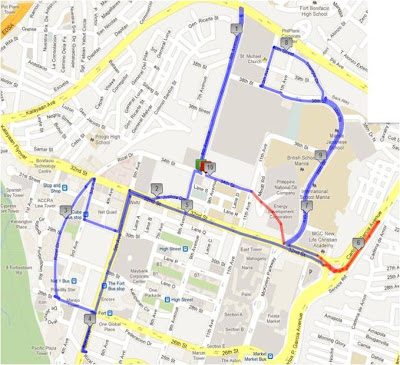 Posted by deemenrunner at 9:00 PM No comments: 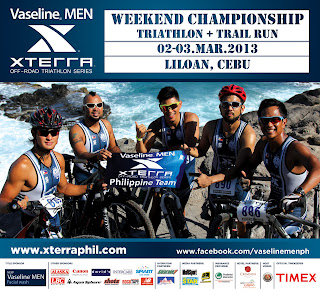 Dubbed as the world’s premier off-road triathlon event, the Vaseline Men XTERRA Off-road Triathlon Series will kick off this year with the Vaseline Men XTERRA Championship Weekend. Slated on March 2-3, the event features exhilarating trail run and triathlon races that will challenge even the most seasoned athletes. On its second year, Vaseline Men will again bring triathletes to the pristine waters and rough but picturesque terrains of Liloan, Cebu for a more exciting set of challenges.

Capping off the Vaseline Men XTERRA Weekend is a trail run on March 3, which will feature demanding courses in 21, 10 and 5-kilometer distances for both the male and female categories.

More importantly, top age group finishers for the 21K trail run will qualify for the world championships for the XTERRA Trail Run slated in Hawaii this year. Registration for the March 3 trail run is ongoing at www.xterraphil.com and in all Runner Stores nationwide.

Interested parties may also register for the trail run at selected Watson’s branches. Moreover, for every purchase of Vaseline Men 100g Facial Wash, they will also get a discount for the race registration fee. Just visit Watson’s at SM Mall of Asia, SM Megamall and SM North EDSA from February 9-10, 15-17 and 22-24, and buy Vaseline Men 100g Facial Wash to enjoy this discount.

A proud supporter of the Philippine athletic community, Vaseline Men sent a five-man Philippine team to compete in the XTERRA Off-road Triathlon Series Global Championship last October 2012. Vaseline Men also offers a wide range of skin care products which are perfect for men who engage in physically demanding activities including triathlons as they help protect the skin from the sun’s harmful rays and wash away dirt, dust and pollution. Included in its range are Facial Washes, Face Moisturizers, Body Lotion and Body Wash. Now, Filipino men can continue to enjoy doing their physical activities outdoors and still get their skin protected from harsh elements from nature. Vaseline Men is now available in all leading men’s zones in major supermarkets, drugstore and department stores nationwide.

So this year, prepare to conquer it all at the Vaseline Men XTERRA Off-road Triathlon Series.  To know more, log on to www.xterraphil.com or visit www.facebook.com/vaselinemenph.   You can also visit ROX and Runnr stores for more details. 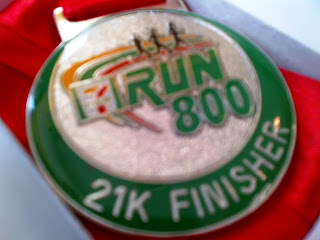 Everyone's ranting about how the 711 Run 800 race got postponed a number of times, with participants refunding due to race and schedule conflicts or just for the loss of interest and trust that the organizers will still be able to push through with the event. In my humble opinion, the organizers behind this race more than made up for the postponement hassles. It was a great start-of-the-year race for me. New route, overflowing hydration and more importantly, a number of volunteers, race marshals and medic along the course.

This is my first race this 2013, with my last running event way back October 2012's Run United Philippine Marathon. I rested for two months to nurse my injured right ankle. Come to think of it, what a crazy comeback run doing 21k! I made sure though that this will just be an LSD, so I told my running blogger friend CJ (Run Adobo King) that I'll just pace with him all throughout.

And since we're on LSD-mode, I brought my phone with me and be on photographer-mode as well. So I'll share my race experience through the pictures I captured during the event. Here goes:


With the event's success, I'm sure there'll be a repeat of the 711 Run, and I'll be one of the first to register for it. Congratulations to the organizers!

Posted by deemenrunner at 7:14 PM 6 comments: