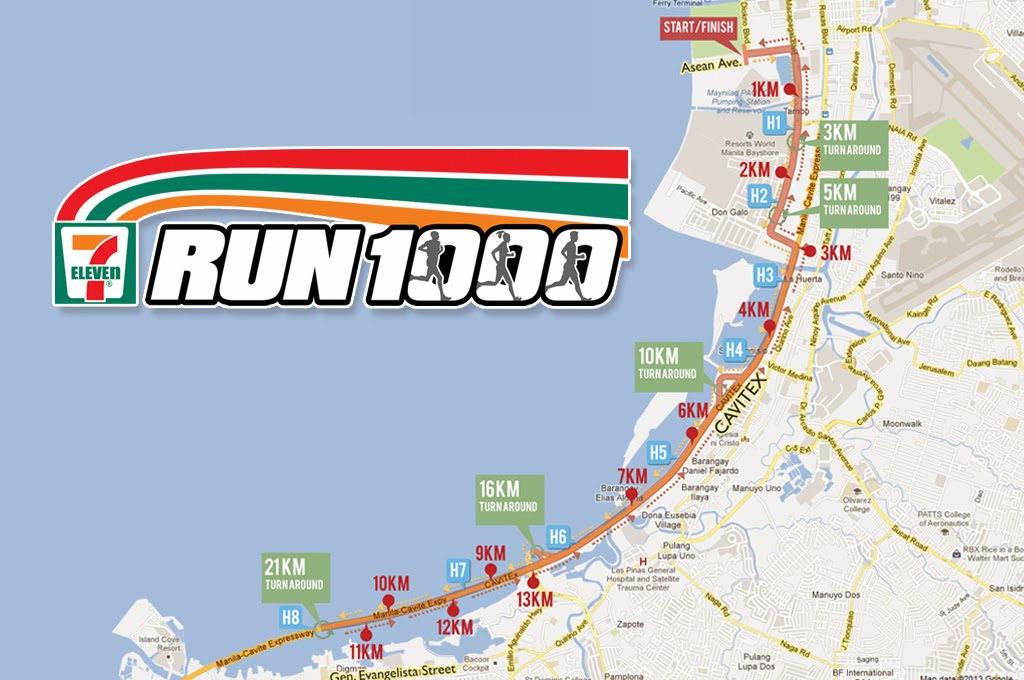 After STRIKE 3, I got confined in the hospital for three days.

I've been ignoring my on and off fever, sore throat, cough and colds with all the running mileage I've been collecting this January. I was self-medicating with lots of Bioflu and Biogesic and even decided to intake 1-week worth of antibiotics before the 711 Run. All these took their toll on my body which never fully recovered, thus the morning of the 25th of January, I was rushed to the ER. My tonsils were swollen and I had high fever. It was difficult to even swallow and I can barely talk.

My CBC results indicated my white blood cell count was beyond the normal range - WBC count is at 23,500 versus the normal range of 5,000 to 10,000 only. The doctor explained this was already in septic level, or sepsis of the blood, and the bacteria in my blood is way too much that it had to be treated with a very strong antibiotic which will be injected directly to my veins. Slowly, I felt better and after 3 days of confinement, I was discharged. It was recommended by my doctor for me to take a week rest, while continually taking the prescribed antibiotics for another 5 days. Next week, I'm hoping and praying for a full recovery. I miss running and I miss the gym and I miss the company of friends.

Well enough of the drama. I just wanted to justify the delay of my 711 Run post-race blog. Haha!

So let's flashback to the events the day of January 19:

We were hanging around and relaxing at McDonald's, confident that the starting area was just nearby (We assumed it was similar to Sante Barley Domination Run's starting area) but we were dead wrong! It was probably a 500-meter distance away from our assumed starting line. Our warm-up jog became a fast-paced run as we heard the gun start from afar. It took us about 3 minutes before crossing the starting line arc.

It was a never-ending zigzagging, overtaking fellow 21k runners left and right. But with 4500 registered 21k participants, overtaking was just plain hell. Becky Runner and I lost Syril as he sped off.

Halfway through the race (at the Cavitex Road), Becky Runner told me to go ahead. I was still eyeing a sub-2 finish but I was not that expectant given I know that going back would mean multiple merges with lower distance categories would make it more difficult to run. 21k runners had to battle it out for road space with 16k, 10k, 5k and 3k runners on their respective U-turn spots.

The good thing though, is that amidst the sheer number of runners, the weather was cool and hydration is abundant (though the variety of sports drinks could mean trouble to runners' tummies). Disappointing for me though is that a number of participants (who might be newbies) are not following basic running etiquette - runners doing abrupt stops, walkers walking side by side eating up road space, runners overtaking and eating up the lane of runners already on their way back. Well, with 17000 total runners, this is probably something difficult to control.

I crossed the finish line with a chip time of 1 hour, 57 minutes and 31 seconds, meeting my sub-2 target. This is actually the first time I did a 21k a week after doing 42k. I used to think people who do this are crazy. So I'm crazy after all. LOL!

Results were released a couple of days after, which is a quick turnaround given the large number of participants. Official results may be viewed at http://www.myrunti.me/race/Run1000/


Kudos to 711 for staging an organized, massive event such as 711 Run 1000. Congratulations as well on your 1000th store. We're all looking forward to next year's edition!
Posted by deemenrunner at 4:48 AM 9 comments: 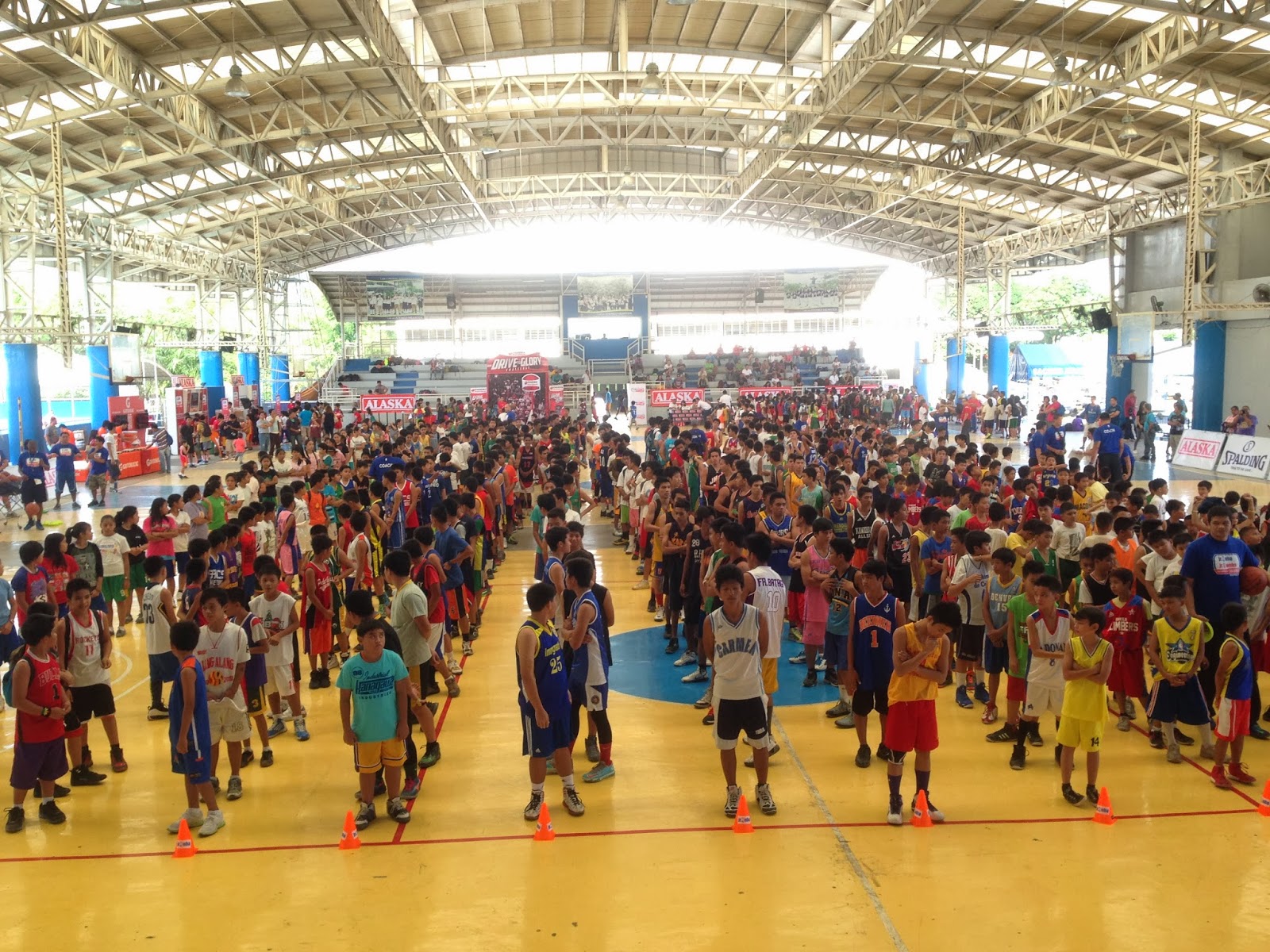 Over a thousand aspiring champions joined the Jr.NBA/Jr.WNBA presented by Alaska school clinic in Sacred Heart School - Ateneo de Cebu last January 25, 2014, breaking the record of Davao City. These little champions have participants from private and public schools and some of them came from Bohol and Ormoc.
Posted by deemenrunner at 3:16 AM No comments: 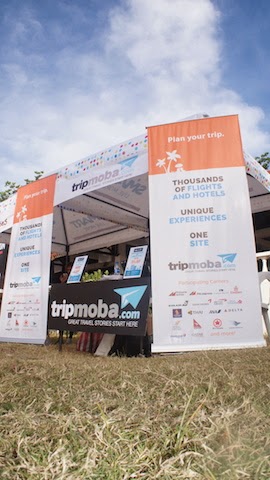 Last 11-12 January 2014, the team behind up-and-coming travel website tripmoba.com tied up their laces and geared up for the 1st Corregidor Marathon and 4th International Half Marathon, the annual race set at the heart of the historic Corregidor Island. 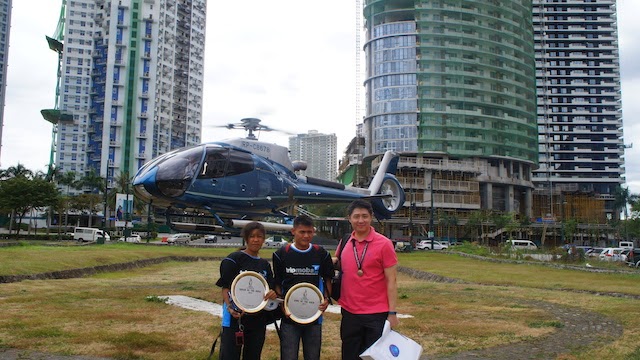 tripmoba.com, the first Philippine-focused online travel website, co-sponsored the event and four runners, and gathered an impressive number of ticket registrations via their website, which also offers a wide range of flights, hotels and experience packages that can be booked  online instantly. The dynamic website also allows travellers and tourists to provide their own reviews and recommendations for public viewing. 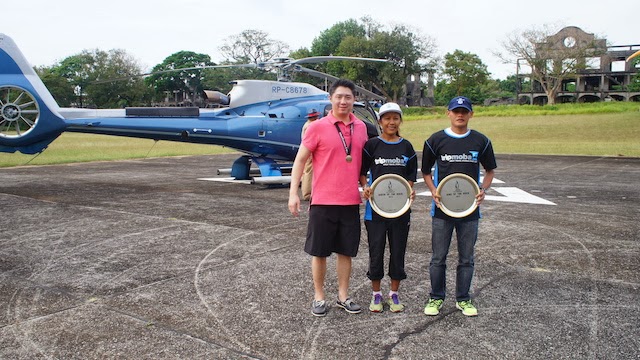 “We are honored to have been part of the 1st Corregidor Marathon and 4th International Half Marathon,” says tripmoba.com President Zaki Delgado. “We at tripmoba.com are keen on making great travel stories, and the experience we had at Corregidor was very memorable. The team got to meet different people, join the run and of course, enjoy being in such a historic place like Corregidor.” 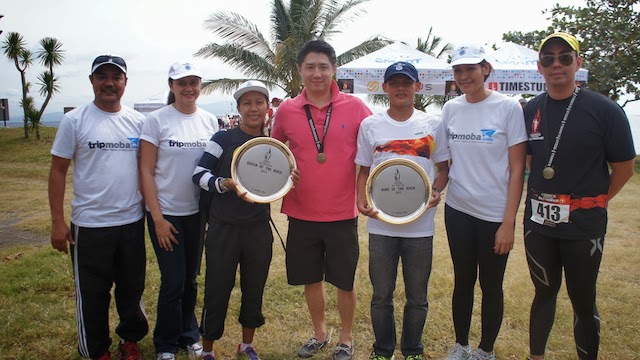 At the close of the marathon on Sunday, tripmoba.com treated the winners of the 21K run to another surprise – Erinio Raquin of the male category and Luisa Raterta of the female category were given a special helicopter ride back to Manila – no doubt, an exciting and rewarding end to the weekend.

“We are already looking forward to next year’s marathon,” Mr. Delgado adds. “It’s a wonderful event, and we at tripmoba.com are always looking for ways to make great stories happen.”
Posted by deemenrunner at 2:55 AM No comments: Herzogenaurach, Germany (December 2013) – adidas has launched the Supernova Glide BOOST™, a combination of the precision crafted Supernova system and the revolutionary energy return of BOOST™ technology.

Launched earlier this year, BOOST™ provides a higher energy return than any other foam cushioning material in the running industry. The Supernova Glide has endured as one of adidas’ most successful technical running shoes, highlighted by adidas’ Torsion System, a Continental rubber outsole and an engineered mesh upper. With the addition of adidas’ BOOST™ superior cushioning, the latest edition of Supernova Glide is built to provide runners with the ultimate experience. 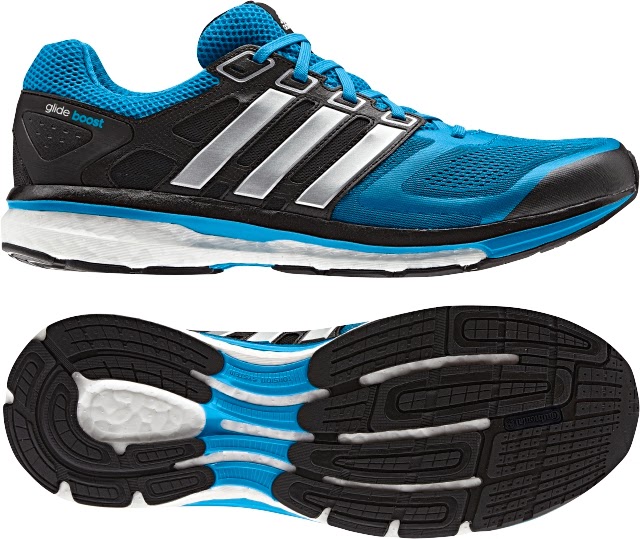 “It was a natural next step to combine the highly effective running technology of BOOST with the trademark Supernova line,” said Andrew Barr, Senior Product Manager, adidas Running. “The Supernova Glide is regarded as the runners’ shoe. Adding adidas BOOST™ technology will help take this iconic shoe and the runners who wear it to the next level.”

The engineered mesh upper ensures movement feels natural and provides support where needed. A full-length stability Torsion System allows the runners’ heel and forefoot to move naturally while the mid-foot remains flexible and stable. Ultimate grip for better traction in all weather conditions is provided by a high performance Continental™ rubber outsole. 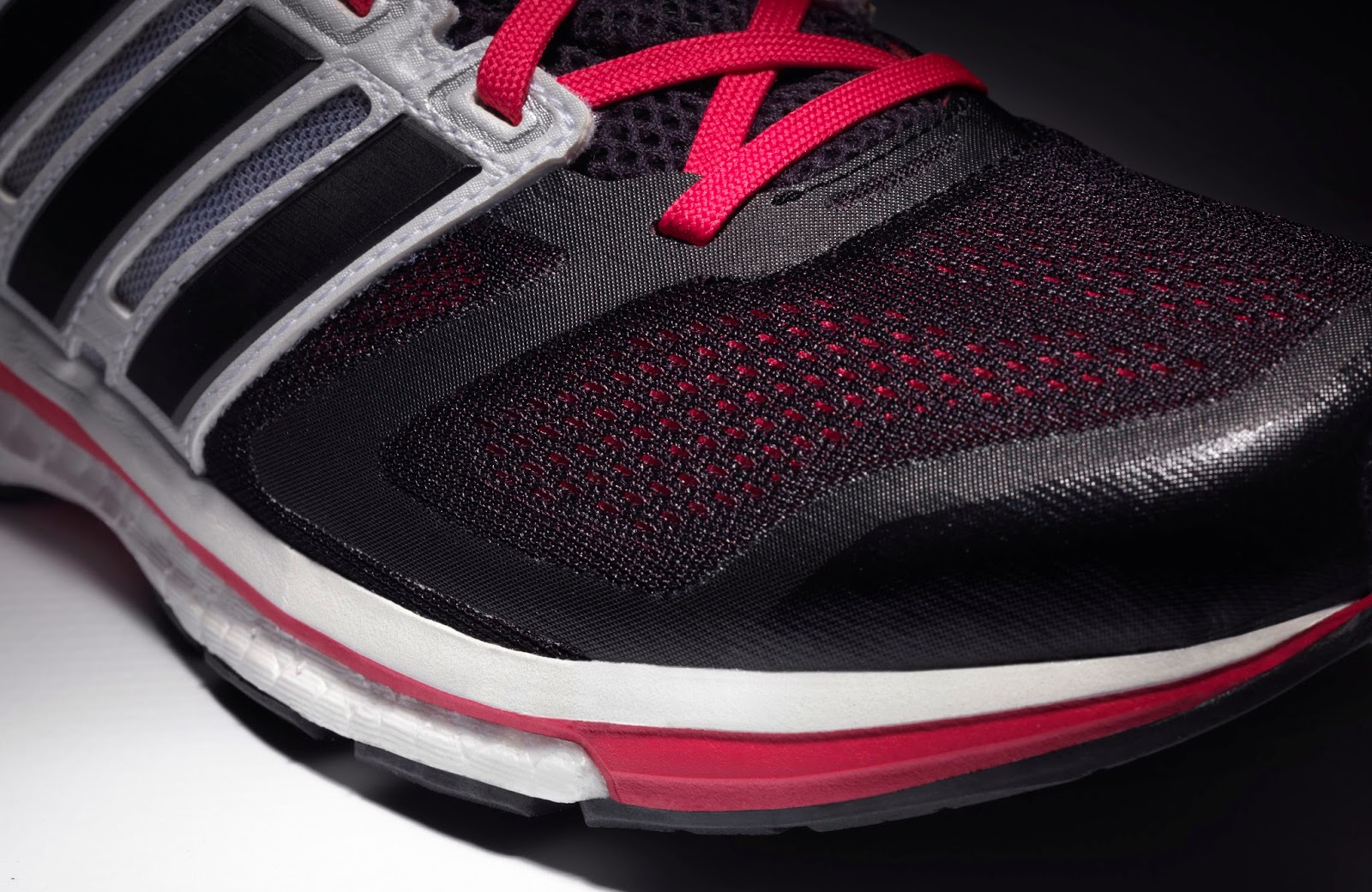 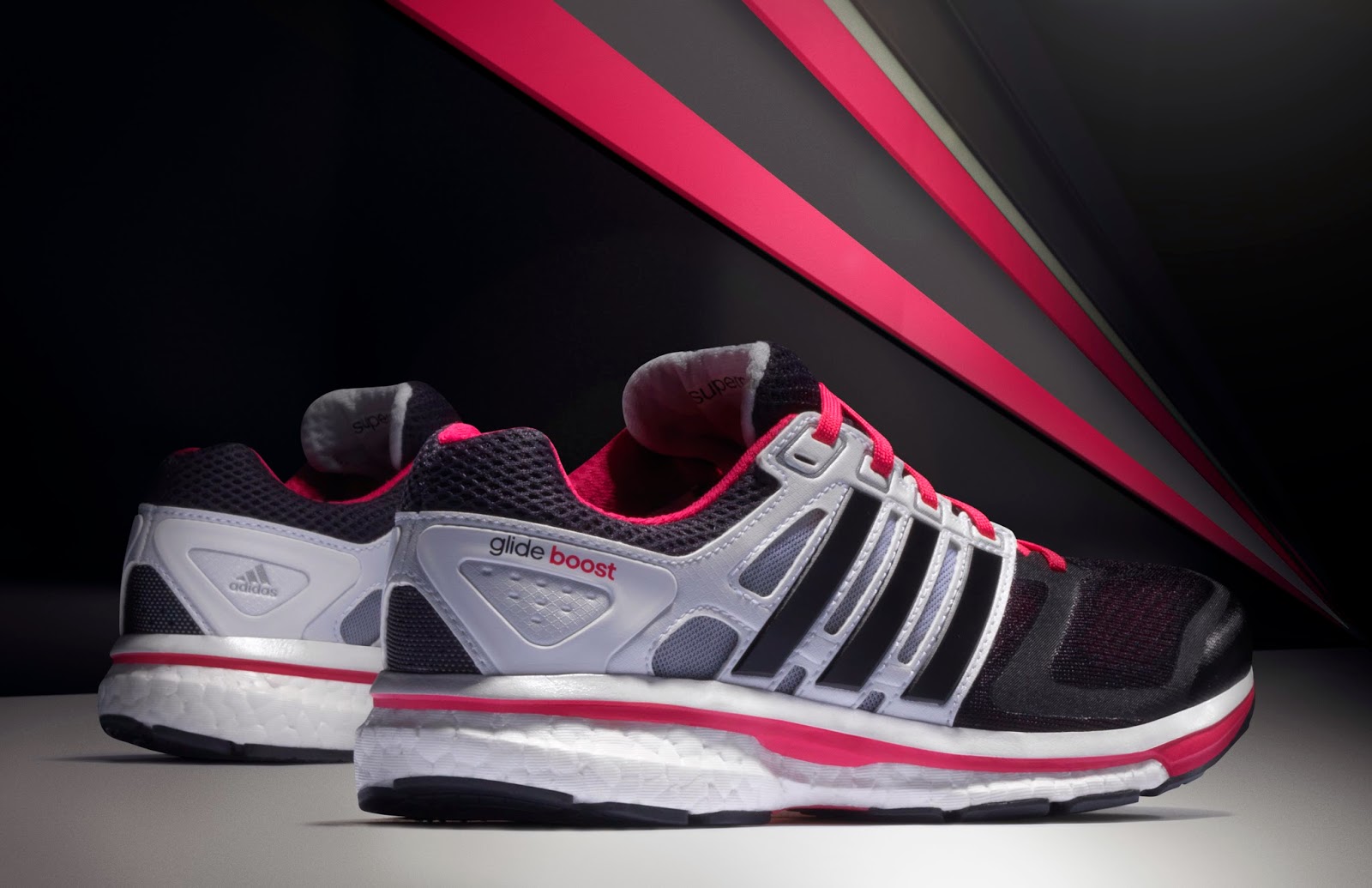 The Supernova Glide BOOST™ 6 is available for purchase at leading adidas Sport Performance and Runnr Stores in the Philippines with a recommended retail price of PHP 5995.
Posted by deemenrunner at 2:19 AM No comments:

Cebu Marathon: My First Race For 2014 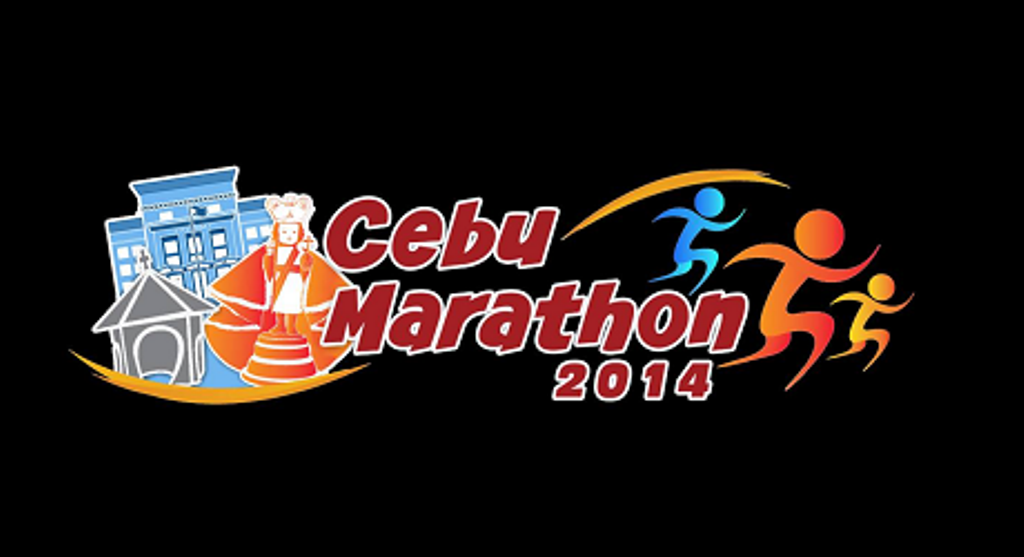 2014 has just started and guess what my first race for the year is - a 42.195km event! Cebu Marathon was not originally part of my race plans but due to the unfortunate cancellation of this year's edition of the Condura Skyway Marathon, I had to find a worthy alternative.

A few days to my scheduled Cebu trip, I was nursing a bad case of cough and colds (and even mild fever). I was fighting them off with Tuseran Forte, Bioflu, Berocca and warm calamansi juice. I told myself I would push through with the travel but will reserve the decision on doing the marathon once I'm in Cebu already.

Instead of doing maintenance runs a week before Cebu (and since I'm not well enough to run too), I just conditioned my body through other means - a massage at Sesitra Day Spa, stretching at Intercare and bone alignment at Karada. Haha! These treatments were quite expensive but they really felt great and relaxing.

And so unfolds the story of marathon #9 - a story of traveling to a new location and forging new friendships. Once again, I will tell the story through 42 select photos: