It’s the season to be healthy with Men’s Health this December! 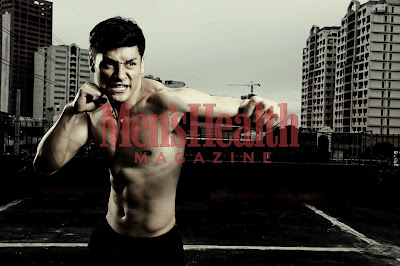 This December, Brazilian-Japanese model Hideo Muraoka shows he is ready for action as he takes on this month’s cover of Men’s Health Philippines for the first time. This season of giving, Hideo shares his coveted training plan followed and outlined by the muscle guy himself to get that rock-hard abs like his.

So what does it take to win? “You have to learn how to let go of the bad shots. If you learn how to accept that you’ll have bad shots, it will gradually cancel out and you’ll eventually shoot good shots until you can perfect it. Let go and have fun,” shares 2007 Asian Archery Champion Earl Yap. 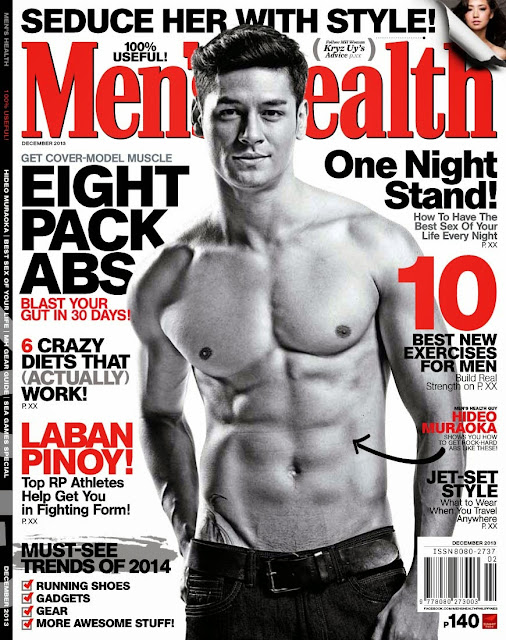 For the 2-time UAAP Champion Kiefer Ravena it’s about accepting criticisms. “Critics are your number one fans. They’re there when you do something bad. And I like to believe they’re still there when you do something good. Be motivated na lang to prove them wrong. Instead of looking at the negative, try to see the positive side, na concerned sila.”

With countless Christmas parties and sumptuous buffets this holiday season, Men’s Health gives you the low-down on 6 crazy diets that deliver realistic results in MH Extreme Diets. Learn more about the Juice Cleanse Diet, Paleo Diet, GM Diet, Morning Banana Diet, and Beer and Sausage Diet – as MH breaks down where these extreme eats are right, where they’re wrong, and more importantly, how you can make them work for you. Not only that, Men’s Health gives you the info on the unusual flab suspects you should avoid this festive month with Luquid Bombs. Remember, what you eat is not the only culprit behind the excess weight. You might be slurping it right now!

The December issue of Men’s Health with Brapanese model Hideo Muraoka on the cover is available in Summit Newsstands (www.summitnewsstand.com.ph/mens-health), and in leading newsstands, bookstores and supermarkets nationwide for only P140. For more information, become a fan of www.facebook.com/MensHealthPhilippines on Facebook and follow www.twitter.com/MensHealthPH on Twitter.
Posted by deemenrunner at 2:22 AM