November 28, 2010 - One week before the BIG Marathon Singapore day - one more long distance run. This time, I've decided to pace someone else doing 21k - my good friend Rap. Target is for him to get a new PR. We'll do a Galloway, alternating 7 minute runs and 1 minute rest. Hopefully, we'll have a better time than the 2:47 time Rap got during his previous 21k event (that was in Adidas KOTR). 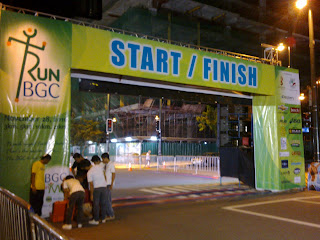 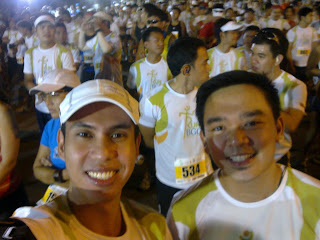 Me and Rap before gunstart

It was my responsibility as pacer to keep pushing Rap to his limits, and after a lot of bullying (LOL!), we finally finished the race at a time of 2 hours, 40 minutes and 28 seconds, beating Rap's previous PR by 7 minutes! Woohoo! That's quite a feat! 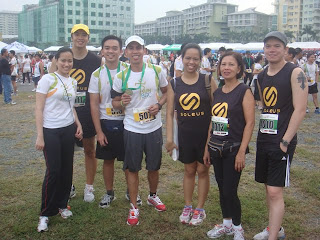 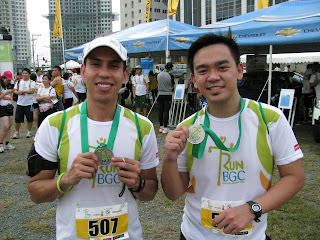 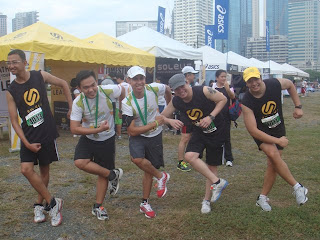 Superposition - Junar, Rap, Me, Geoff, Ying
Posted by deemenrunner at 1:20 AM