I'm a Milo kid, i have to admit it. I was that kid who would go to the kitchen and prop open a can of Milo and eat the contents in its powdered form. Little did I know that my favorite drink and new hobby had something in common.

The Milo Marathon started way back May 26, 1974, with only 767 runners competing. As years progressed and as the sport sparked interest among the Filipino community, the participants grew exponentially. And as this year's 34th Milo Marathon kicked-off in Manila, everyone was not surprised to see a whopping 28,331 participants, all sporting the Milo green singlets at KM0, Luneta.

July 4, 2010 - Race day. I was with Kits and Mia Falcis (they are new running companions, both regular runners). I knew parking was gonna be a problem since Roxas boulevard would be closed for the race, so I told them we need to be at the venue early. While driving, we already saw 42km runners along Roxas, and I was wondering how my friend Eugene was fairing (it was his first full marathon!). I then parked my car at Kalaw Street, near Manila Doctor's Hospital, and it was a good, long walk to the starting line (and a nice warm up too!).

We were just in time as 10k, 5k and 3k runners were asked to assemble at the starting line. The gun start of each category will only be minutes apart. 10k runners were to be in front, 3k runners in the middle, and 5k runners at the back. Majority of the runners (mostly students - were they forced by their PE teachers?) are in the 5k category, and you'd be stunned that Milo had approximately 20,000 5k registered participants.

Just before gunstart, Manila Mayor Alfredo Lim gave a quick speech on Milo's great cause to give out shoes to unfortunate children who cannot afford to buy their own pair. The recipients of the new shoes were then called to go up the stage to show-off their new green and white shoes. It was such a great feeling I was able to contribute on Milo's advocacy. 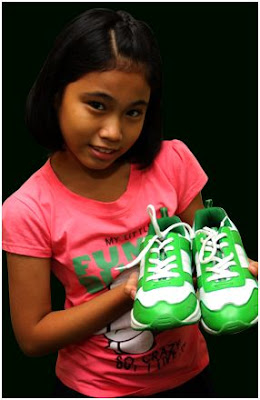 The 10k race route was pretty much straightforward - from KM0, run along Roxas Boulevard, pass one flyover, then make a U-turn at Le Pavilion and use the same path on the way to the Quirino Grandstand finish line. Here's a great shot from Photovendo which made it look like I was leading the pack. Haha! 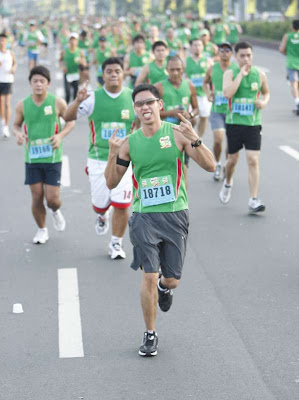 Of course the run wouldn't be complete if we didn't have our post-race photos taken. Here's a photo of me with siblings Mia and Kits. 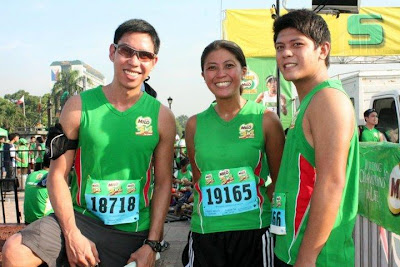 Mils was still battling her way to retrieve her bag from the baggage counter (it was a disaster!) so she missed doing the superposition with me, Tey and Earl. Eugene finished his full marathon at a later time so he failed to join us in the photo-op as well (but I'd like to take this opportunity to congratulate him on a strong finish for his first 42k). 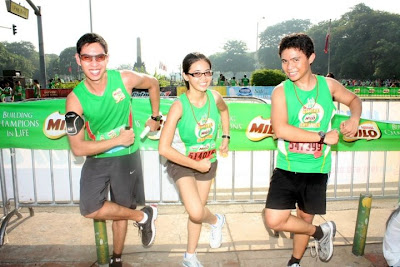 And of course, the classic Luneta background shot, while proudly holding my Finisher's Certificate. 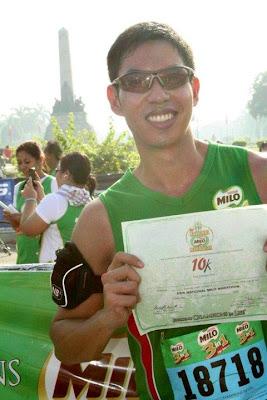 "Great things start from small beginnings" - the famous Milo commercial tagline. I may have just ran 10k this year but I'm planning something big for the next. If everything goes well, I'm up for the full marathon on Milo's 35th anniversary run.

The running community was devastated to hear the news of a death of a runner during the 34th Milo Marathon. His name was Remus Fuentes. I do not know him personally but he also worked for Intel and Hewlett-Packard (my previous and current employers), and a fellow running enthusiast. 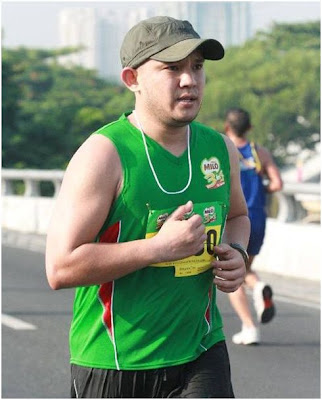 My condolences and prayers go to his family. He has finished his race of life and is already in God's good hands.
Posted by deemenrunner at 1:53 PM