FLASHBACK FEBRUARY 27, 2011
PDI 5-man 25k relay event at BGC - a new running team emerged; Team Alpha1 donning their red tops made their first road appearance. (I'm not yet an active member this time as I was on business trip and just joined the team on running events beginning July 2011.) 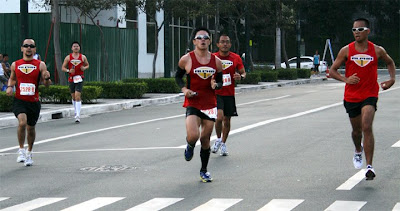 PDI 5-man relay TA1 team (from L-R): Rocknrolly, Sprintingswine, FFS, Eugenator, Bandit
FEBRUARY 26, 2012
A year later, the team has grown to 17 members. What I like most about being part of TA1 is the "barkada" feel of the group. We just don't see each other on races. We normally hang-out - dinner-outs, coffee treats, movie-watching and our favorite, partying! We've even leveled-up with a couple of out-of-town trips and an out-of-the-country trip.

Team Alpha1: Achilles, Rocknrolly, Pandesal Runner, FFS, Rocky, Coyote, Martian, Barefootdaves, Armbanded, Eugenator, Deemen, Speedygiant, Sprintingswine, Belgian Banana, Bandit, Chad, Wallen
As a celebration of our first year, we joined RUNew - A Runrio event held at Alabang. Too bad only a few members joined this time (most probably the race is down south), but it was a great get-together nonetheless. It's just a funny coincidence that there are also 5 team members racing on our anniversary run - Me, Bry, Jesy, Martin and Marvin. Bit disappointed that Bry and Jesy were not wearing their TA1 tops. Hehe!

We joined different categories - Jesy, Martin and I were doing 21k, Bry is doing 10k and Marvin doing a 5k. I chose 21k since it's a new race route for me, having to run inside Ayala Alabang Village. This is a rare opportunity.

My thoughts on the race:
Now on to the pictures: 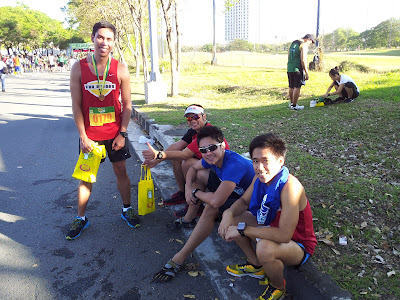 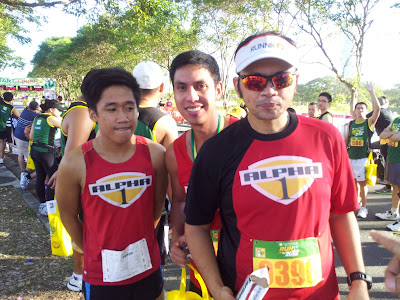 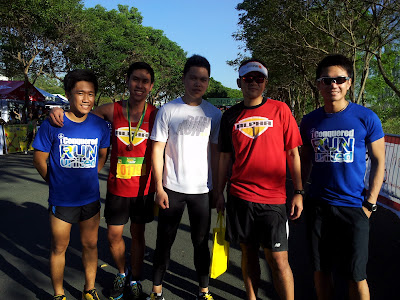 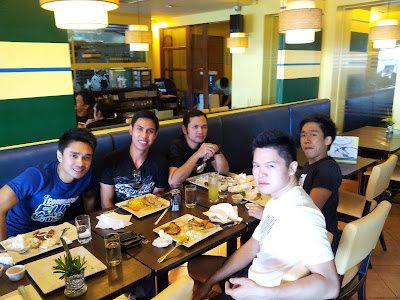 Post-race meal at the original Conti's at BF Paranaque. Spot Edward Cullen.
The race results were posted 2 days later. I clocked in at 2:03:26. I was aiming for sub-2 but what the heck, I deserve this for the 2-week zero mileage. Placing 73 out of 443 21k finishers ain't bad. And as Bry FFS put it, I did not do a pussy pace. Haha! 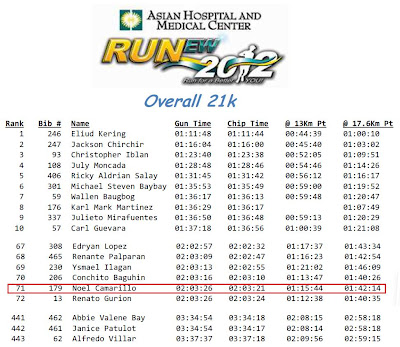 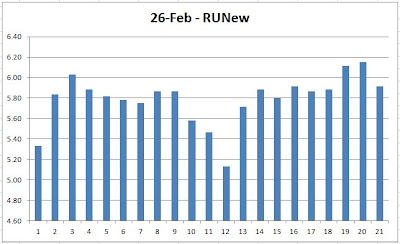