Camsur Marathon: I am Ferdinand (What?!) 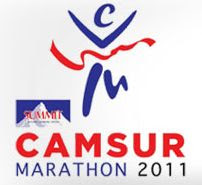 What a weird blog title. Haha! Let me explain.

Since my running comeback, I've been regularly attending Team Alpha 1's weekly race events. A surprising text message from Bryan (FFS) arrived early week of September telling me one of the supposed participants has backed-out of the trip, and I could use his plane ticket. Free airfare to Camsur? I didn't need much convincing.

The dilemma? I need to pose as this person during the flight so I had to present a fake identification in the airport. My god, am I really blogging about this? Haha! And you guessed that right, his name's Ferdinand.

With the help of a 'master' forger, I was able to get my hands on a very convincing fake identification card (let's just leave this person's identity secret; he might get apprehended). Haha!

Let's fast-forward to our arrival at Naga. Runners were greeted at the airport with much hospitality. I really felt the government's effort in making CamSur one of the premier race destinations in the country. The welcome party didn't disappoint and is just a precursor of things to come.

Here's the team upon arrival at the CWC reception: 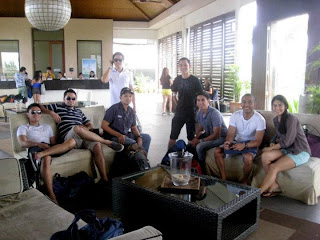 We had a lot of food trips (or carbo-loading to lessen the guilt). Here's us after dinner and sound trip (!!!) at Triboo Grill. 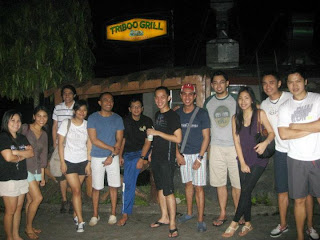 Race day finally came. Numerous shuttles brought runners to their respective starting points. The wait time was long, but the atmosphere was festive. Fireworks lit the sky before gunstart (a little too close for comfort I'd say), the countdown commenced, and off we go!

I was pacing with Philip (BBR) at the start of the race. I think by kilometer 7 he told me to go ahead so I was mostly on my own after that. There were no U-turns, the route was basically one big loop, so there was no opportunity to get to see the other TA1 members.

It was an all-terrain race - I ran on cement, asphalt, wood (bridge), metal (bridge) and soil and mud. The scenery was tops and the air so fresh (with occasional smell of cow poo, lol!). A lot of locals were on the side streets cheering racers on, and I particularly like the kids giving runners high-fives along the way.

The last few kilometers, I paced with Daves. There were still some crazy hills before we reached the finish line. Here are our finish line photos taken by Kathy: 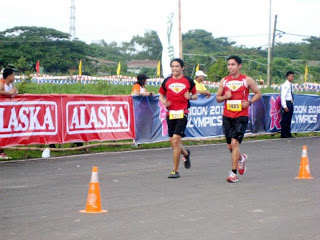 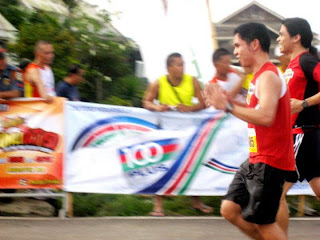 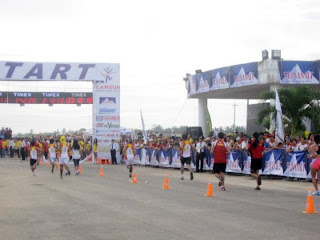 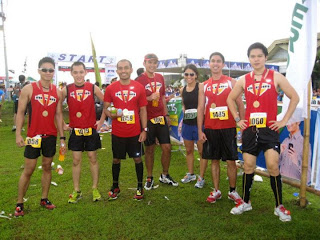 Our post-race breakfast with a killer wait time! We just cheered full marathon runners on while waiting. 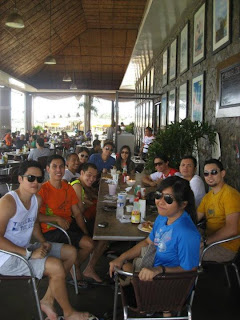 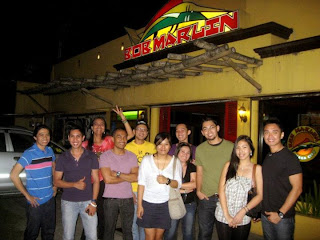 The following morning was a different story! Typhoon Pedring arrived, signal number 3 was declared and all flights were cancelled. It's as if Sunday's great running weather was a thing of the past, and the winds were howling crazy as we were scrambling on deciding what to do next. But the odds were still in our favor - our van driver's wife works in bus dispatching, so we were able to buy first class bus tickets going back to Manila that night. It'll be a long 8-hour trip, but we took the risk instead of waiting for the typhoon to leave (which might take days). 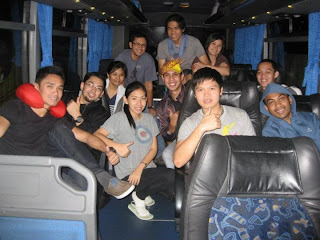 Everyone arrived safe and sound early Tuesday morning. This out-of-town trip with TA1 was a blast and will be fondly remembered. And I have to thank Ferdinand for it.
Posted by deemenrunner at 4:47 PM