Now who would pass on a great running opportunity like this? Running along the beach of Boracay during summer? And to top it all, a race event organized by my sister! Show the love!

Unfortunately, if you have read about my NatGeo injury, it'll leave you with a feeling of pity. The NatGeo run happened on the 18th of April. The Skyathon beach run happened 6 days after that. Everything was set months ahead - flight schedule and hotel booking. There was no way I would back-out just because of my injury. I waited in eager anticipation for this Boracay vacation.

April 24, 2010 - Race Day. We arrived 6am at the assembly area, just in front of Guilly's island. The event didn't start on time, but who cares? It was cloudy, just perfect for an early morning run. Here's a pic of me and my busy sister: 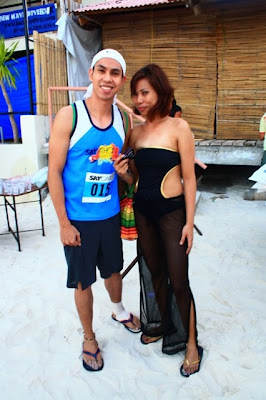 Me and my running friends opted not to wear rubber shoes and just run barefoot. For me, I decided to just walk the entire 5k route. I know it'll take a while, but a real runner never quits a race. Mils, as well as some Sky Cable friends, accompanied me on that long 5k walk. Here's a pic of me taking the walk of shame, LOL! Notice I still had my ankle bandage-wrapped. 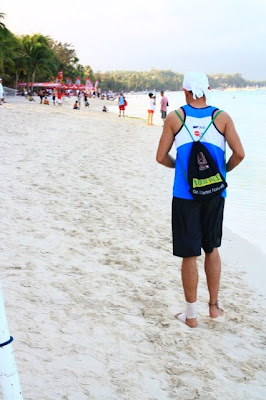 It took me a long time to get to the finish line (1 hour, 8 minutes and 43 seconds to be exact), but still proud to have finished. I noticed some runners clapping their hands; they knew I was injured but still had the courage (or probably stupidity, as the TRAP host said) to finish 5k.

What's Bora without celebrity sightings? And with it, cam-whoring!
Here's me with Cherie Gil. I heard this was her first time to join a running event. She's one hot momma! 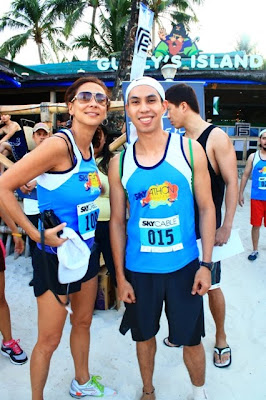 Eugene and I had a picture taken with Noelle De Guzman (known as the famous Kikayrunner in the running community). She placed first in 5k women's category, finishing in 24 minutes and 20 seconds. That's my time when I run on pavements; she had the same time running on difficult sand! 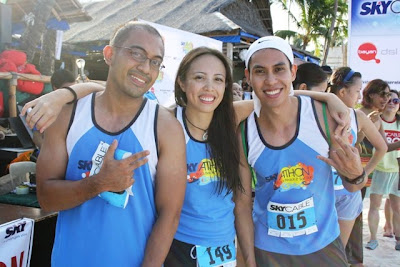 During the beach clean-up activity, we saw Sam Oh helping out on the clean-up. She did not run though. If she ran on those two-piece suit it would have been an epic wardrobe malfunction. 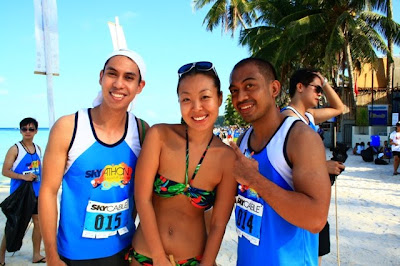 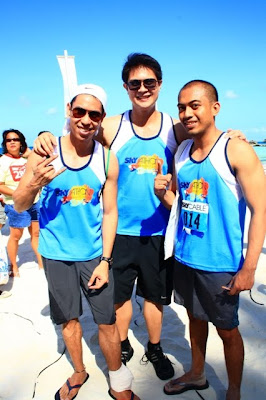 Finally went back to our hotel at the Pearl of the Pacific. We had breakfast again (there was already a free breakfast at Guilly's after the run). Here are my Bora buddies: 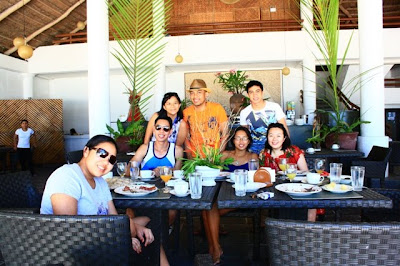 We're really looking forward to next year's Skyathon. Hopefully I could be able to redeem myself already and finish strong.
Posted by deemenrunner at 6:01 PM